A Florida dentist has been arrested on charges that he hired hitmen eight years ago to kill his sister’s ex-husband, a prominent law professor, to resolve a bitter custody dispute over the estranged couple’s two children.

Adelson was being held on Thursday without bond at the Broward County jail after being arrested at his home by U.S. marshals. He is awaiting transfer to Tallahassee.

Adelson and other members of his family have long been cited by prosecutors and investigators as potential suspects in the July 18, 2014, killing of Florida State University law professor Daniel Markel at his Tallahassee home.

Markel, 41, had been married to Adelson’s sister Wendi, who had been unable to return to South Florida because Markel had joint custody of their young children after a highly contentious divorce.

Markel was gunned down in his garage by two men, Sigfredo Garcia and Luis Rivera, who prosecutors say were hired through Katherine Magbanua, a former girlfriend and employee of Adelson and the mother of Garcia’s two children.

Charles Adelson, 45, was being held without bond on Thursday 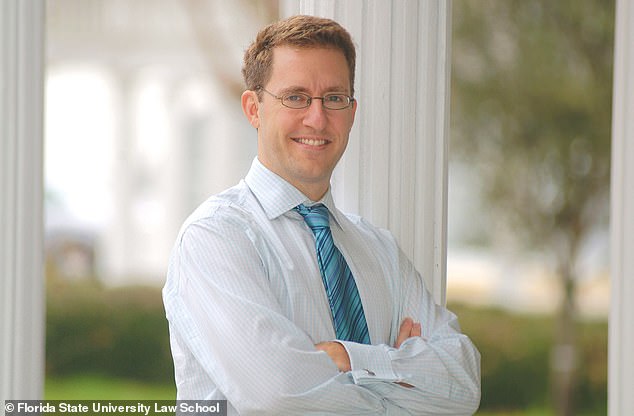 Florida State University law professor Daniel Markel was gunned down at his Tallahassee home on July 18, 2014. He had gone through a contentious divorce with Adelson’s sister 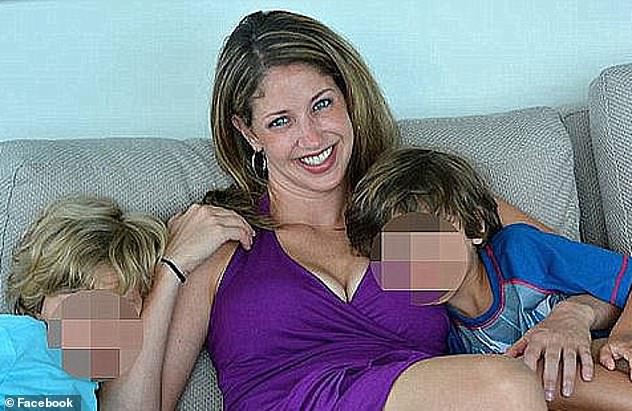 Wendi Adelson (pictured) and her family have continued to maintain their innocence in Markel’s death. Her brother’s arrest marks the first charges against a member of the family 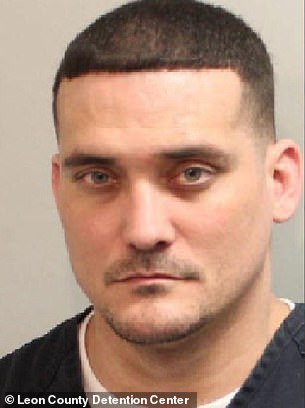 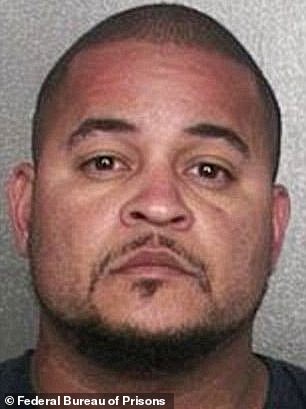 Markel was gunned down in his garage by two men, Sigfredo Garcia (left) and Luis Rivera (right), who prosecutors say were hired through Adelson’s ex-girlfriend

Garcia is serving a life sentence after being convicted of first-degree murder in 2019.

Rivera is serving a 19-year sentence after pleading guilty to second-degree murder in exchange for testifying against Garcia and Magbanua.

Magbanua is facing a retrial on a first-degree murder charge next month after a hung jury at her first trial in 2019.

Leon County State Attorney Jack Campbell said in a statement that Adelson was indicted by a grand jury after technicians were able to enhance the sound on a 2016 video recording made secretly of him talking to Magbanua inside a noisy South Florida restaurant, La Dolce Vita.

The Adelson family had been under surveillance by investigators trying to solve Markel’s killing.

‘This recording includes statements by Charles Adelson which can be heard clearly for the first time,’ Campbell said. He did not say specifically what the recording says.

David Markus, Adelson’s attorney, said his client is innocent and tied the arrest to Magbanua’s retrial.

‘Prosecutors have no new information that led to this arrest. The timing sure does stink, doesn´t it? On the eve of a long-awaited trial of (Magbanua), this move has the smell of desperation,’ Markus said in an emailed statement.

Prosecutors said at their trial that Magbanua enlisted Garcia to take part in a $100,000 hit financed by Markel´s in-laws, which they have denied.

Garcia then enlisted Rivera, a childhood friend, to help. Prosecutors said the two men drove from South Florida to Tallahassee to execute the plan, stalking Markel on the morning of the shooting as he dropped off his children at day care and stopped at the gym.

When Markel returned home, Garcia shot him as he sat in his car talking on his cellphone.

Wendi Adelson had told authorities her brother joked about hiring a hit man as a divorce present but had decided instead to buy her a television. 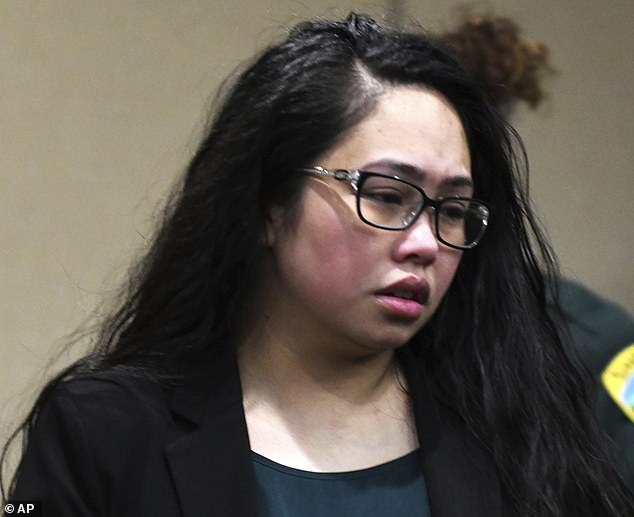 Katherine Magbanua, a former girlfriend and employee of Adelson and the mother of Garcia’s two children, faces a new trial next month for her alleged role hiring the hitmen 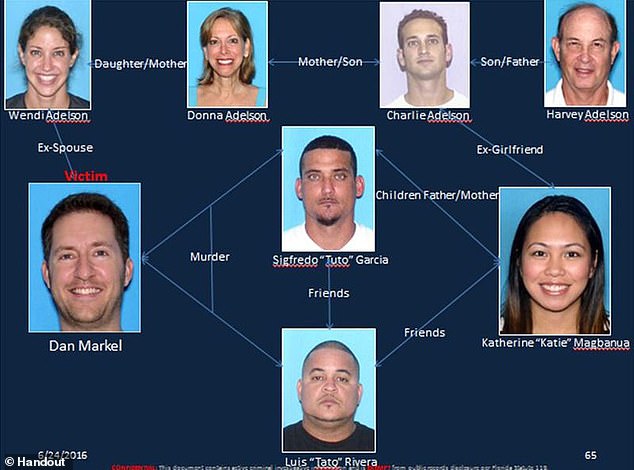 Prosecutors say that a tangled web connected the victim, the shooters, and the alleged masterminds who hired them to kill Markel 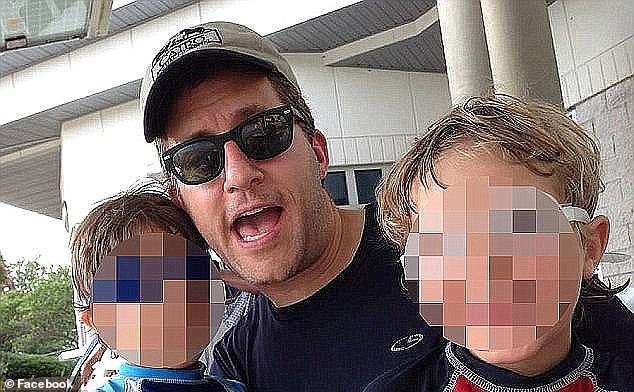 The victim Markel, 41, had been married to Adelson’s sister Wendi, who had been unable to return to South Florida because Markel had joint custody of their young children 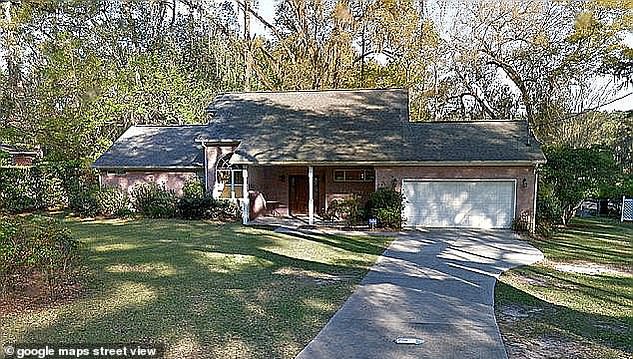 Markel, a world-renowned legal professor, was found dead from a single gunshot wound to the head behind the wheel of his car outside his home (above) in July 2014

Police say a light-colored Prius was tailing Markel the day he was killed, from the time he dropped his children off at daycare until he left the gym and returned home

Meanwhile, Magbanua’s second trial is supposed to start next month, after repeated delays related to disputes over secret FBI recordings.

FBI agents surreptitiously recorded a conversation between Magbanua and Charlie Adelson at the La Dolce Vita restaurant in Miami in 2016.

There had been contentious legal debate over the admissibility of the recording because parts of the conversation were inaudible, but the newly enhanced version will now likely be presented by prosecutors.

Magbanua was not only in a romantic relationship with Charlie Adelson. She also had two children with Sigfredo Garcia, one of the convicted hit men who killed Markel.

Tallahassee police have long alleged that the motive for the murder was the bitter divorce between Markel and Adelson.

Adelson’s family were desperate to have their daughter and the couple’s two children move closer to them in south Florida, but Markel had successfully fought his ex-wife’s attempt to relocate with the children.

An affidavit for Magbanua’s arrest alleged she had deposited over $50,000 in cash into her bank account in the 16 months after the murder. 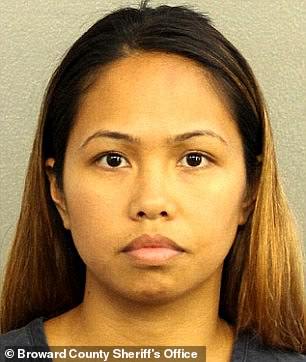 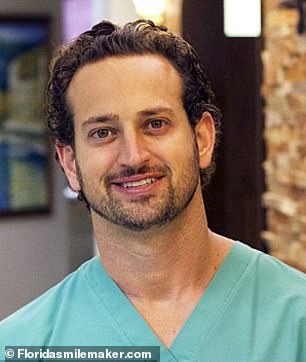 Magbanua (left) was not only in a romantic relationship with Charlie Adelson (right). She also had two children with Sigfredo Garcia, one of the convicted hit men

In 2016, video footage was aired showing an undercover agent who posed as Rivera’s brother confronting Markel’s former mother-in-law, Donna Adelson as part of a sting operation.

The agent approached Donna on the street and said that his brother was in need of money, and asked her for $5,000 to help out the man.

‘I wanted to let you know that my brother… he helped your family with this problem your family had up north,’ the man tells Donna.

Donna appears shocked and taken aback in video of the interaction, which was revealed for the first time on an episode of 20/20, but not as shocked as authorities were after they saw what happened next.

Soon after Donna met the agent claiming to be Rivera’s brother, her son Charles called his then-girlfriend Magbanua, according to police documents.

‘You better kill him, because he’s going to be a big problem,’ he allegedly told her. ‘If you can’t do it, I’ll have someone else do it.’ 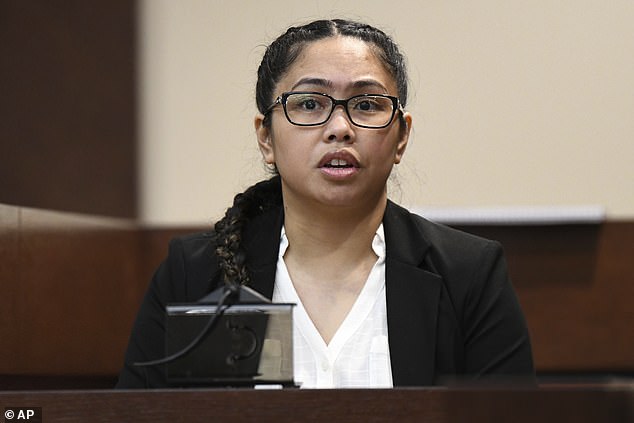 Katherine Magbanua shares with the courtroom her past relationship with Sigfredo Garcia during her 2019 trial in Tallahassee. The jury was hung on the charges against her 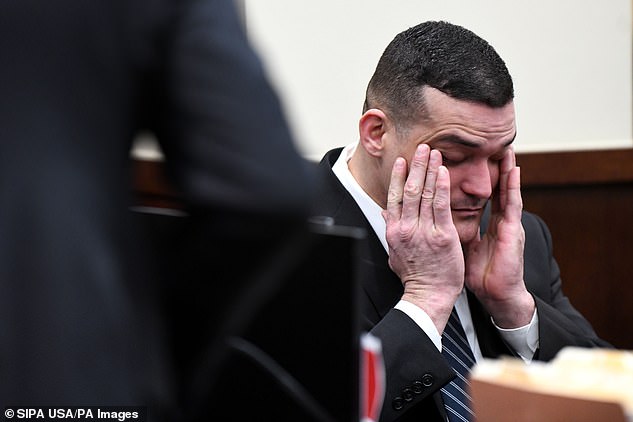 Sigfredo Garcia prepares to hear the closing arguments at his 2019 trial. He was convicted 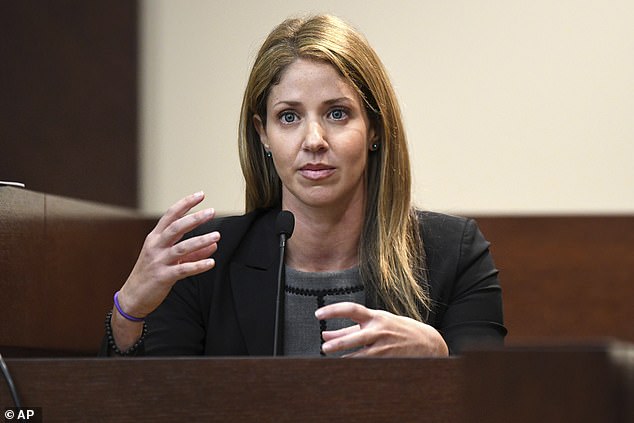 Wendi Adelson, the ex-wife Florida State law professor Dan Markel who was shot and killed in 2014, testifies at an earlier trial

Magbanua also reached out to Garcia after the sting, according to police.

Earlier in September, police released probable cause affidavits that revealed Garcia called Magbanua an astonishing 2,700 times in the three months before Markel’s murder.

There were also a number of phones calls on July 1, 2014, 17 days before Markel was killed, between Adelson, Magbanua, Garcia and a phone registered to Harvey Adelson, Markel’s former father-in-law, the affidavit states.

A number of phone calls also occurred between midnight and 1am among Adelson, his mother Donna, Magbanua and Garcia on July 18, the day Markel was murdered.

A probable cause affidavit also reveals that in the days and months after the murder Garcia purchased a new car and motorcycle, according to WCTV.

Records show Rivera also purchased a motorcycle within 10 days of the murder.

Meanwhile, Magbanua began receiving checks from Adelson and his father’s dental practice, the Adelson Institute, from September 2014 to January 2016. 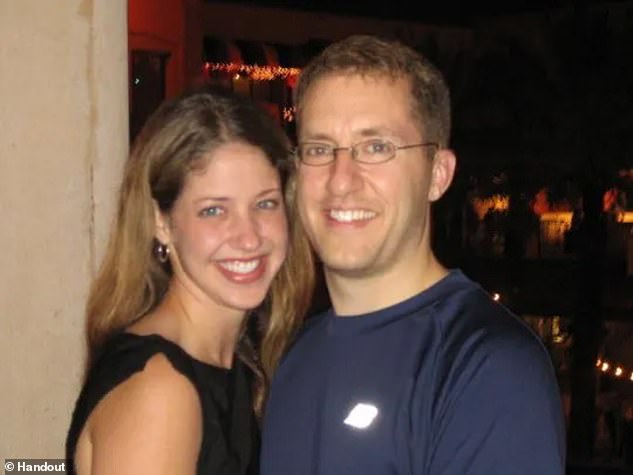 In the year prior to Markel’s murder, Magbanua was making cash deposits that totaled $15,000.

In the months after the murder she was making deposits totaling $44,000, the affidavit states.

The affidavit also revealed that one of Wendi Adelson’s ex-boyfriends told police she had revealed her brother was looking into hiring a hitman that would cost $15,000.

Wendi Adelson and several of her family members said in a statement earlier this month that speculation they had a role in Markel’s murder is ‘categorically false’.

‘To be clear, none of the Adelsons – Wendi, her brother Charlie, or their parents Donna and Harvey – had anything to do with Dan’s murder,’ said David Markus, the attorney who represents Charlie Adelson, in a 2016 statement.

Technology
We use cookies on our website to give you the most relevant experience by remembering your preferences and repeat visits. By clicking “Accept All”, you consent to the use of ALL the cookies. However, you may visit "Cookie Settings" to provide a controlled consent.
Cookie SettingsAccept All
Manage consent